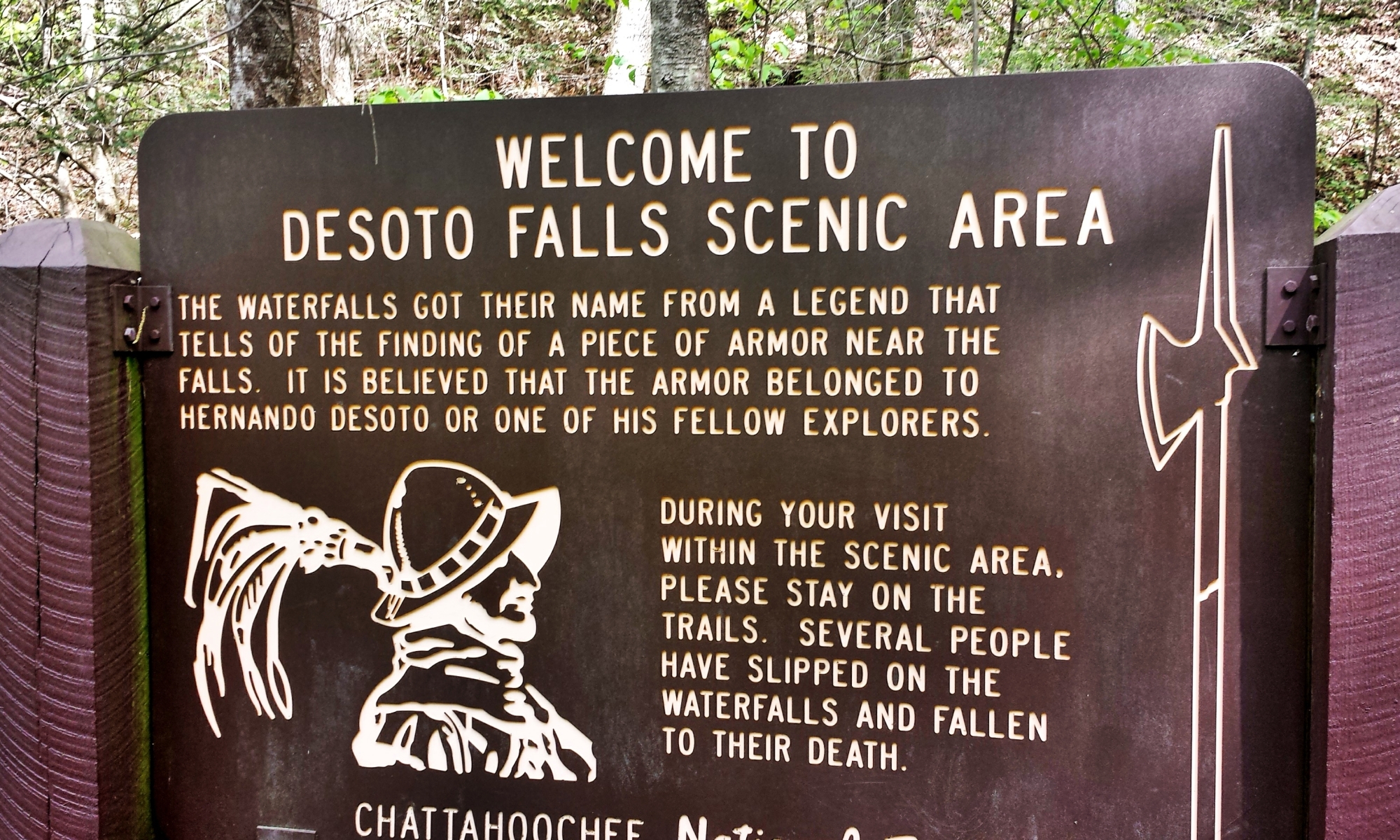 The story behind DeSoto Falls sounds like something from legends. Hopefully, you are aware of Hernando de Soto. If you aren’t I’ll give a quick run down about this lad in a moment. The falls were named after DeSoto because of some stories that indicated his breastplate was found at the base of the falls. Pieces of armor, dated around the 16th century, have also been found around the area but it’s not conclusive as to if it was de Soto’s. That of course gives way to the mystery of the falls and keeps folklore in your mind as you hike. Especially since they recovered a sword as well nearby……

Now about Hernando, he was stuff made from explorer heaven. He led the first European expedition into the United States although there are many, many different theories about his route. He was courageous, an excellent horseman and fighter and like many explorers in that time, he was known most for his brutality. When we talked about the Etowah Indian Mounds not too long ago, we discussed de Soto’s possible involvement there. There are also stories about his expedition kidnapping tribe members and then on their return expedition, used them to gain the loyalty of the tribe.

Hernando de Soto makes me think about a chapter in a book that I absolutely love, The Sixth Extinction: An Unnatural History written by Elizabeth Kolbert. The Madness Gene is a chapter close to the end of the book and in it Svante Paabo,  the head of the Max Planck Institute for Evolutionary Anthropology, states the following:

Archaic humans spread like many other mammals in the Old World. They never came to Madagascar, never to Australia. Neither did Neanderthals. It’s only full modern humans who start this thing of venturing out on the ocean where you don’t see land. Part of that is technology, of course, you have to have ships to do it. But there is also, I like to think or say, some madness there. You know? How many people must have sailed out and vanished on the Pacific before you found Easter Island? For immortality? For curiosity? And now we go to Mars. We never stop.

Can you imagine just getting on a ship and sailing to a new world? Not knowing what you would find, what kind of environment, species and the unknown itself. With our great ability to conquer the world comes much responsibility in not destroying it as well. Hernando de Soto led an expedition, the first of its kind, across many southern states and was met will all kinds of illness, weather, tribes and environment. They brought with them war, disease and pain wherever they went. Still, you have to see the madness there. The fact that they battled the unknown, sailed the ocean, crossed the mighty Mississippi, despite how misguided their intentions were….

Back to the subject at hand, Desoto Falls is a fairly easy hike located near Cleveland, Georgia. It won’t take long to hike both trails but if you decide to hike up to the upper falls make sure you watch your step. There’s a sign that says the trail is closed which is basically saying that Chattahoochee National Forest is no longer maintaining the trail for one reason or another. Because it’s no longer maintained the trail can be dotted with fallen trees and plant life that needs to be protected from the underside of your shoe! It’s an in and out trail, 2.4 miles total. You’ll come to a t-split where a sign explains the story behind the trailhead and you can either go right to the upper falls or left to the lower falls.

Camping there actually looked great and I was surprised how much space it offered.

I’d recommend, if you are a more experience hiker, to take a waterfall tour through the area and work your way toward Helen, GA. Now that, would be an adventure. 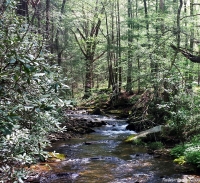 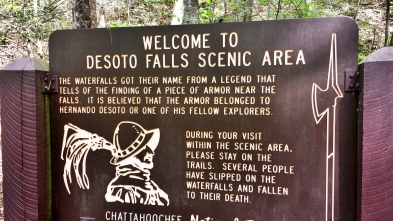 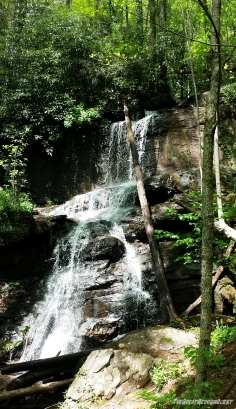 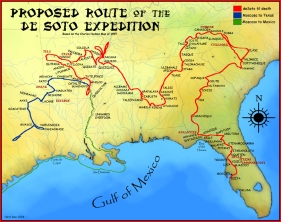 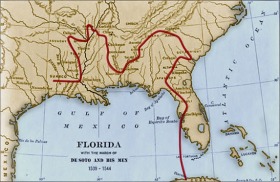