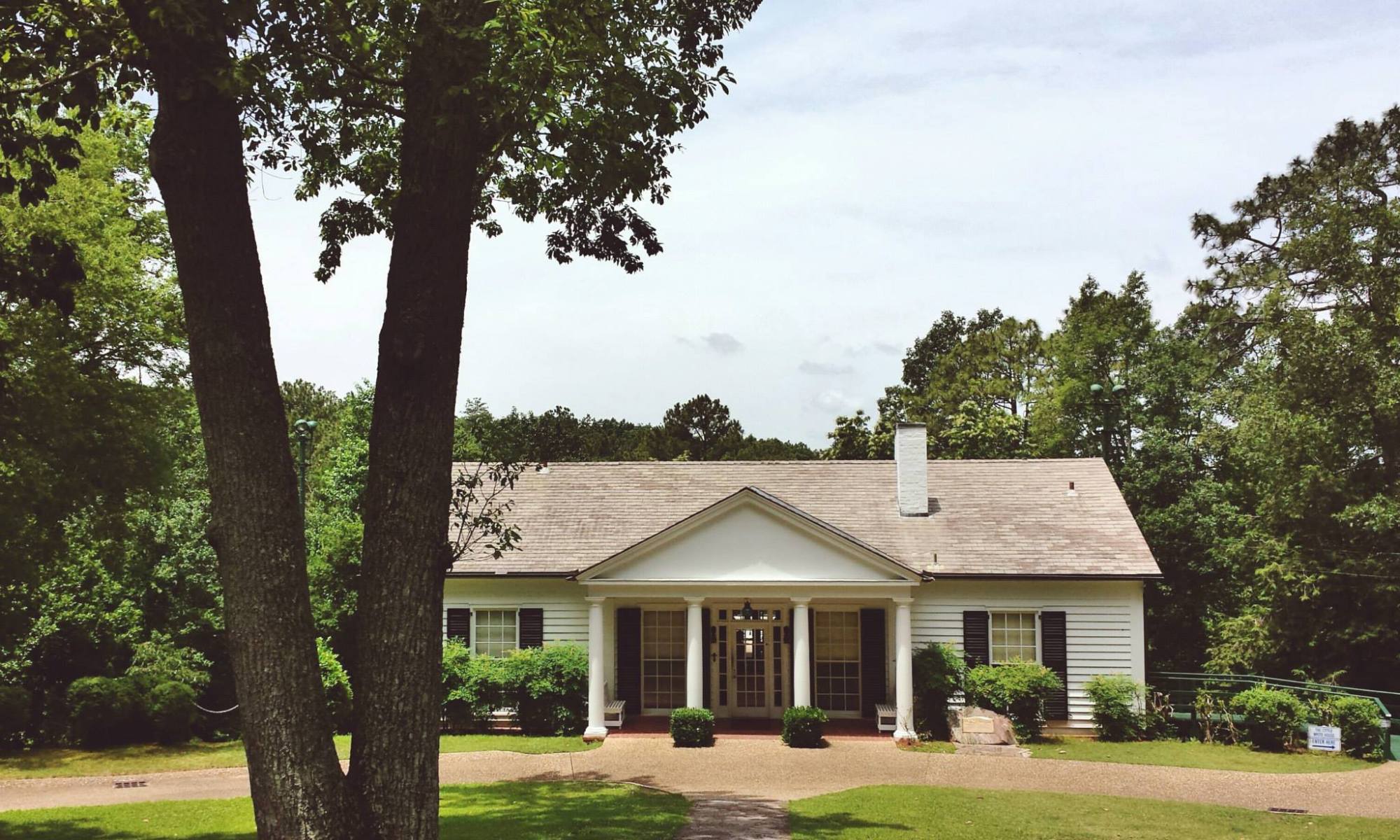 “A nation that destroys its soils destroys itself. Forests are the lungs of our land, purifying the air and giving fresh strength to our people. ” ~ F.D. Roosevelt

My mum is one of the biggest history buff’s I know. She’s the one you see reading a 600 page book about Thomas Jefferson on her lunch break and has read all the David McCullough books. My dad, while not an avid reader of 600 page books, is one of those people who can find interest in pretty much everything, quickly becoming an expert by absorption. Together my parents are a walking encyclopedia answering every Jeopardy question correctly. So it was only natural for me to take this quest with my parents. I’ll spare you the history lesson that most of you know from grade school. I’m fairly sure that most of you reading this know all about his presidency, the fact that he had polio and the familiar quotes that are on every random photo of landscapes posted to Facebook.

Around the 18th century, Warm Springs was called Bullochville and vacationers primarily came up from Savannah to escape yellow fever. In the 19th century it became a popular vacation spot for those taking a break from city life. But by the 20th century Warm Springs began to decline in popularity. The future of Bullochville was fading out until 1921 when Franklin Delano Roosevelt contracted Polio. It was though of at the time that warm water and physical exercise significantly decreased polio symptoms. FDR traveled to Bullochville and stayed at the Meriweather Inn which by then was in a pretty dismal state. He had a house built which is now known as The Little White House. It’s not known how FDR contracted Polio but thoughts were that he was exposed to the virus when in Boy Scouts. He first had symptoms while sailing in the Bay of Fundy. He lost his balance and plunged into the icy waters. The virus raged through in three days starting with lower back pain and then the inability to carry his own weight. The sensitivity in his legs was so great that he was in pain by the smallest touch.

Initially FDR’s doctor believed his problem to be caused by a blood clot in his lower spinal cord. His prescription was daily lumbar massages. Later, another doctor who was deemed an expert in Polio, notified FDR of what he had. Immediately stopping the lumbar messages which he believed wasn’t helping and possibly making it worse. Polio generally affects someone when they are very young. It’s extremely rare to have someone diagnosed with Polio in later years, especially at the age of 39. FDR removed himself from political life to focus entirely on recovering from Polio. He spent years building up strength through swimming exercises, leg braces and a “strong and cheerful outlook”. A fellow polio survivor suggested Warm Springs citing the miraculous mineral water a must to reduce polio symptoms. FDR did not miraculously recover when visiting Warm Springs but that didn’t deter him from frequently visiting.

In 1962 when the Warm Springs Facility hit a financial crisis, FDR came in an saved the day. He bought the facility for $200,000 and turned it into a Polio Rehabilitation Center. The Warm Springs Foundation was considered a permanent hydrotherapeutic center by the American Orthopedic Association. Today you can visit the Little White house, tour the grounds and visit the museum that even has the car he drove around it. Checking out the vehicle, fondly named as Sunshine Special, is a must even for those not claiming to be car enthusiasts. You’ll also get to take a look at every cane used over his political career on display. One last must-see is the unfinished portrait of FDR in the house. This portrait has not moved from the spot where it stood. The portrait was being done of FDR when he suffered from the stroke that ended his life.

So on that sad note, thanks for writing in about the quests you’ve been on lately! I love seeing all the adventures that you’ve been taking. Cheers and Happy Questing! 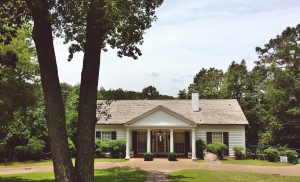 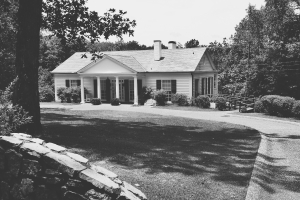 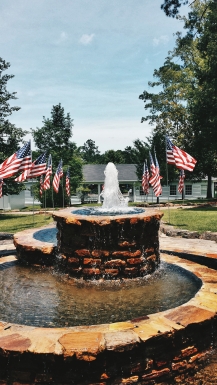 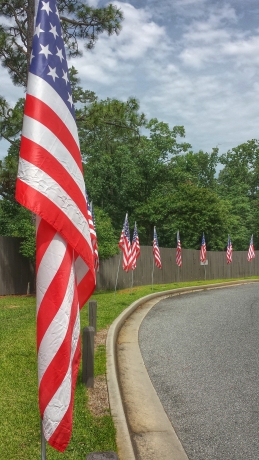 I get my sense of humour from my dad….Bump Gate…ha!

Dowdell’s Knob is just around the corner!

And you can get there by way of this lovely road