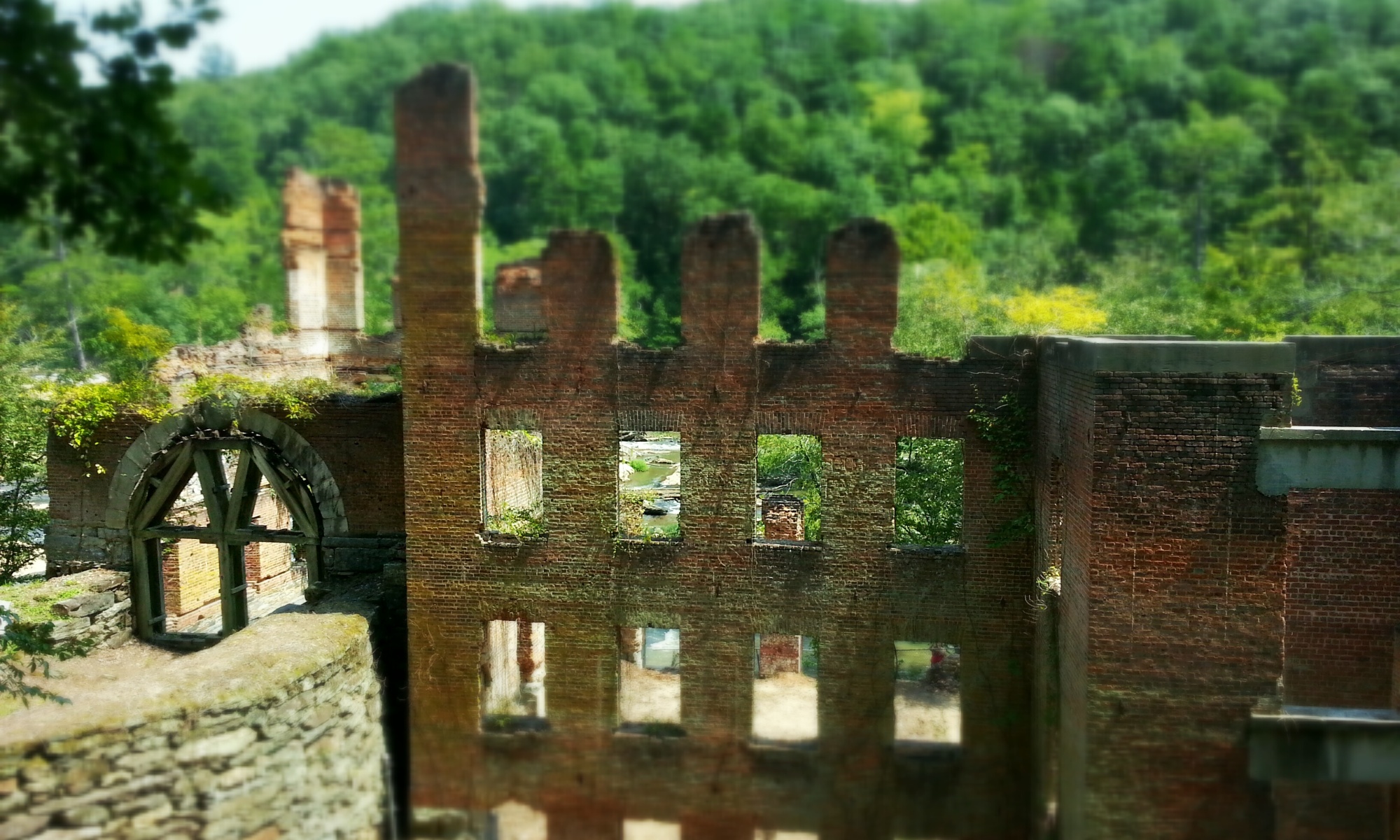 I have to say, although I haven’t been on many quests so far, this is indeed my favourite.  There are many options for trails here and they are spectacular! The Red Trail will take you right along the river and there are many areas to detour on for some great shots of the landscape. I cannot wait until I return to explore more. I regrettably missed the dam part that was further up so I’ll have to do a Sweetwater Creek Part II. The best part is this park is located right outside Atlanta. It took me 30 minutes to get there from the North Fulton area.

So quick history behind the ruins and area: The land in which the mill was built on was actually occupied by the Cherokee Indians. The Georgians, who were always so nice to the Indians (sarcasm), petitioned the United States in 1819 to dispel the Cherokee’s from the land. Their appeal was denied by the US government and the US Supreme Court deemed that Georgia had no right to forbid the Cherokee government. Despite this, federal agents under the direction of Andrew Jackson started to force the Cherokee’s from the land and auction off the property through lottery. The cotton mill was built by Charles J. McDonald of Cobb County, a former governor of Georgia, and Colonel James Rogers of Milledgeville. At that time it was called the Sweetwater Manufacturing Company and by 1860 they were producing seven hundred pounds of cotton a day. The name was eventually changed to the New Manchester Mill and was relied on by the Confederacy during the Civil War. This was true for most mills because the government authorities controlled the production and profits. They were forced to supply 2/3 of their production to the government with no compensation. Yeah for government!

During the Atlanta Campaign the Confederate Army was removed from the area and left it exposed to the Union Army. At this time there were nearly 600 workers at the mill and the majority of them were women and children. These women, men and children were gathered up, forced onto carts and some forced to walk, a 16 mile journey to Marietta where they were detained. A few days later orders came to destroy and burn the New Manchester Mill. The mill workers that were detained were put in the harshest of conditions and then deported out of the area where they were met up with hundreds of other refugees onto baggage cars. They were taken to Evansville, New Albany and Jeffersonville without any provisions or ways to fend for themselves. The number of refugees were overwhelming in the area and many died from disease, starvation or exposure to the elements.

Now, the ruins stand as you see in the pictures below. It’s a shame to have such a story attached to such a beautiful land. The water was simply wonderful and the hiking trails were energizing and in a few places, a little hard to navigate, which makes it all more adventurous. I hope to return here very soon. 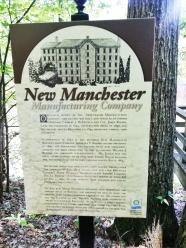 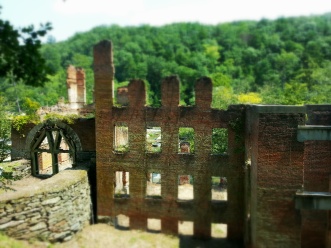 The Ruins are a great photography spot 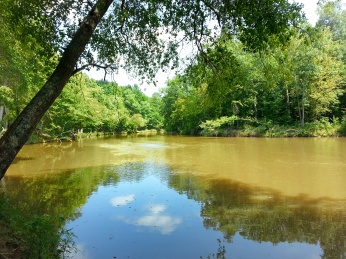 There are a lot of places for fishing!

It’s so expansive and beautiful!

The water is quite fast but……

There are plenty of rocks to sit on and dip your feet in.

I just can’t get over how wonderful

And lots of friends to make!

Ready for take off?