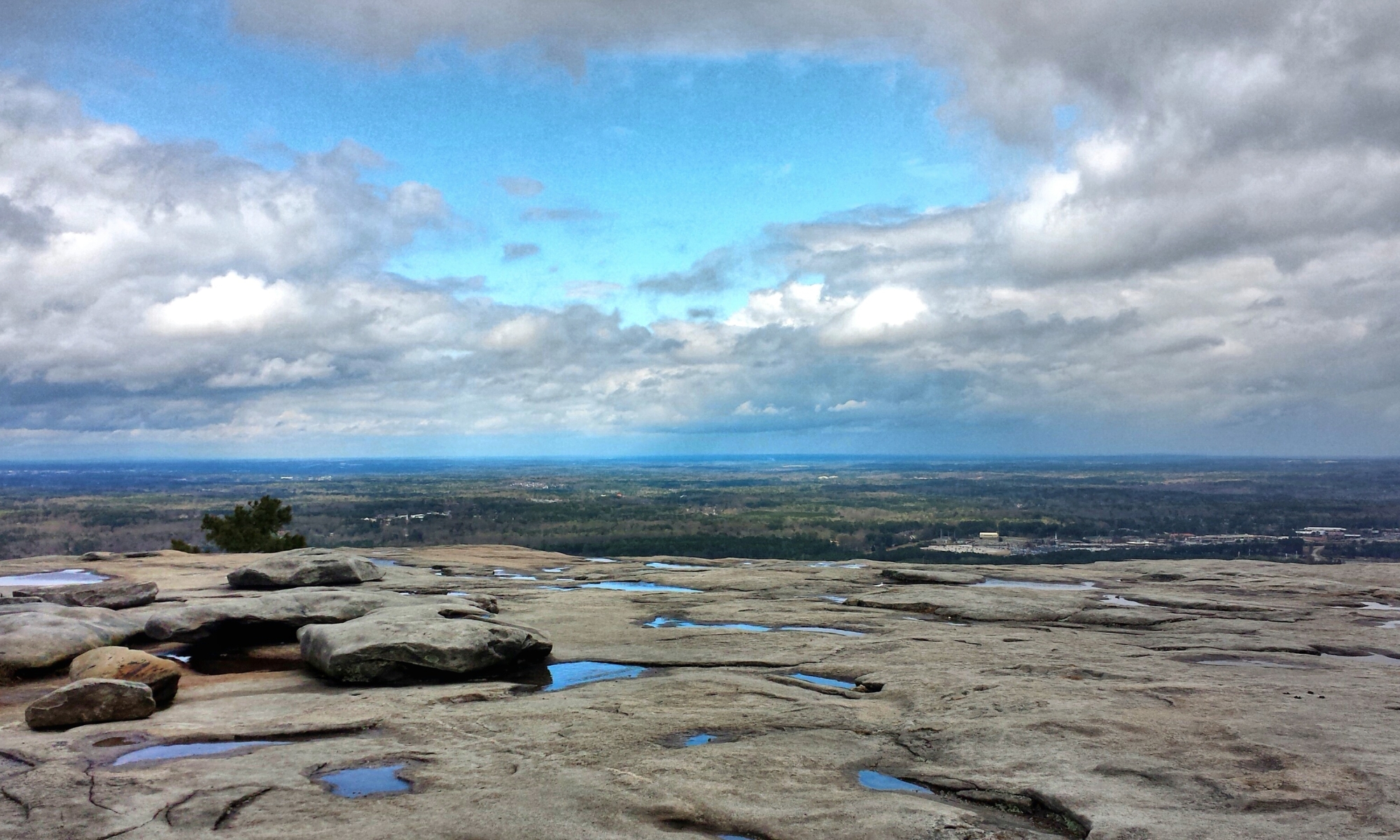 Let me first start out by saying I fully understand why everyone in this state loves to go to Stone Mountain. There are a lot of things to do there and I still have to go back to experience the laser show and some kayaking but I will say that I’ll be procrastinating on those quests. Stone Mountain is just so packed and it’s a family destination trap so you’re almost always around slow moving people that you have to politely and briskly try to maneuver past. It’s a heck of a workout and if you really want to add some adrenaline, go in the rain. I am kidding about that, I actually did Stone Mountain in the rain but I had no choice. I had about two days left of March to finish the Monadnock Madness Challenge. So here is the final part of the March Monadnock Madness 2014.

First off, hiking this mountain in the rain had some ups and downs. For one, when you laugh at someone falling (don’t lie, people falling without injury makes you laugh), you tend to have a spill yourself for another person to laugh. The entire trip up and down the mountain was like watching ice skaters with vertigo. It was a ballet of people slipping and grabbing hold of anything around them including the air. Many steps I took were graceful and awkward moves of limbs flying into the air and a face of pure grotesque panic. I have to say that I didn’t fall completely on my bum but there were some close calls. The view on top of the mountain watching more rain coming in was a pretty cool sight. I suppose if you managed to get up and down without breaking something it was overall a pleasant experience.

The park has a lot of things to do and a lot of events and like I said, this is just my personal feelings on the park. It’s just a bit too much going on and too many people. So if you want to really check out the park you can click on their website here. In all accounts, the park is a great place to go for a sunny weekend.

The history behind the place is pretty interesting though, I’ll give it that. Here’s a little bit of a run down:

Stone Mountain, as you know already, is a monadnock. While the ecosystem on Panola and Arabia top Stone Mountain, this monadnock has something else in it’s repertoire. It has the largest bas-relief in the entire world. What is a bas-relief? It’s the carving in the mountain that portrays the Confederate leaders of the Civil War, President Jefferson Davis, and Generals Robert E. Lee and Thomas J. “Stonewall” Jackson.

Before the memorial was carved out it was the site of the Ku Klux Klan and their cross burning activities. Bunch of idiots but it’s the south and we just got done talking about the Confederates so you can’t be too surprised. Initially, Samuel Venable who was owner at the time, granted the Klan easement with perpetual right to hold celebrations as they desired. When the state purchased the mountain in 1958, they removed the Klan and ended the agreement Venable had made with them.

Before the hooded morons and the carvings, there were European explorers and Native Americans. When explorers first laid eyes on Stone Mountain they discovered a giant rock wall that was believe to have been built by early Native American inhabitants in the area. Stone Mountain marked the eastern end of the Campbelton Trail, which was a Native American path that ran through Atlanta. Here’s where things get interesting though, those European Explorers learned of the mountain in 1597 by Spanish explorers. The mountain at that time was run by the Creek Indians and in 1790 it was the meeting site of President George Washington and the Creeks in hopes of negotiating a peace treaty. The Creeks didn’t have a good time with us invading and a war began which resulted in their exile in 1821.

Another fun fact, Martin Luther King, Jr. said in his “I Have a Dream” speech, “let freedom ring from Stone Mountain of Georgia”.  That’s pretty awesome!

I only did the Walk Up Trail because of the rain. It’s 1.3 miles but the elevation is what kicks your butt. The views on the top are pretty awesome and the trip down is much easier. You can always take the Skyride if you really don’t want to get the exercise.

That’s the end of the Monadnock series. Next March, you should join the one day, three mountain madness. They have a few different days and two that allow you to participate in the Moonlight Guided Hike on Panola Mountain. Slots fill up fast so be sure to grab yourself a ticket before it’s sold out. If you don’t want to tackle three in one day, that’s fine too! As long as you visit all three in the month of March with your Monadnock Passport, you get a little souvenir in the end. 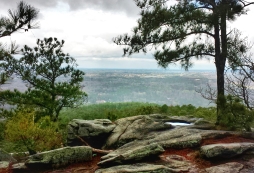 Some places to catch your breath 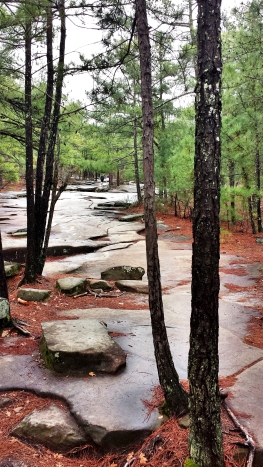 The Skyride closes in bad weather

A failed attempt at the Laser Show

At least I know what it looks like in the rain